It’s been a little while since I’ve done one of these, I’ve spent much more time binge watching than I’d like to admit. However, the offerings this month are ones I want to rave about, so to save the people in my life from my endless ramblings, I may as well ramble on here. With the Summer in full belt (someone tell the weather please!), theres a bit more time on hand for most people to check out something they’ve maybe been intending to watch for a while. For me, it’s somewhat the opposite – as everyone else is taking a break I’ve returned to the workplace and so am busier than ever. I’ll choose that to mean that my downtime should only be spent doing things I really enjoy – and Netflix has definitely taken care of that this month. First up is the much-lauded entry of Gilmore Girls to the UK market. It’s been available on other regions for the last while, and with the new series set to hit Netflix later this year, I was hoping they’d give us a chance to catch up on the life of Rory and Lorelei Gilmore first. In case you haven’t seen an episode of Gilmore Girls before (and if you haven’t, you really should), the basic concept is simple. Mum and daughter duo Lorelei and Rory live in Stars Hollow, which is a rather overbearing little town just outside Hartford, Connecticut. Rory’s acceptance into private school, Chilton, necessitates a reunion of sorts with Lorelei’s estranged parents, and lots of drama ensues. Add in some teen and adult romance, lots of coffee, a lot of super-speed speaking and a truckload of pop culture references, and you’ve got a good starting point to go from. The first series alone lets you see a REALLY young Chad Michael Murray (it was the year 2000), a pre-Bridesmaids Melissa McCarthy, and quite a bit of fashion that hopefully has faded away into history. I am absolutely loving my complete reimmersion into the world of Stars Hollow, and definitely recommend a visit to everyone else.

I really liked the first series of Between, the dystopic thriller produced by Netflix that starred Jennette McCurdy. A second series has just gone up, and unlike the first series, they’ve chosen to stick with the binge-watch format instead of one episode a week – definitely more my style! I’ve just started this off, in between Gilmore Girls binges, and am really excited to get stuck in for a marathon watch! The people of Pretty Lake have been infected by a virus, one that kills everyone who turns 22… With the government’s response being to quarantine the town, it’s left to the few remaining residents to find a way out and figure out what exactly is going on…

Just in case this month hadn’t provided me with enough feel-good re-watch shows to enjoy, the third series of Gavin & Stacey joins the party on July 15th. The show that introduced me to the comedic geniusÂ of James Corden (yes, him with the Carpool Karaoke) and Ruth Jones (she of Stella, Fat Friends and the current Tesco adverts fame). The two co-star and co-write Gavin & Stacey, a show which despite being off the screens six whole years still doesn’t seem dated, because it packs a whole lot of heart. You’ll be saying “What’s occurin'” with the best of them after a good binge watch. Tidy.

I’ve been looking to check out The Fault In Our Stars for the last ages – it was a much lauded film of a much loved book. Not the cheeriest of subjects, cancer, but I’ve heard great things so this will definitely be dragged out with a box of tissues and perhaps a chocolate or two.

One last one for the grownups has caught my eye, the Netflix Original Spotless – “SPOTLESS is the story of a troubled man, Jean Bastiere whose life is turned upside down when his outlaw brother, Martin, crash lands into his world. Played out against the backdrop of Jeanâ€™s Crime Scene Cleaning business, the brothers must confront dark sins of the past and very real dangers in the present. Ensnared by mob boss Nelson Clay , corruption, drugs and death pose a constant hazard. With Jeanâ€™s wife Julie, the entire family struggles to gain control over their lives and future.” It definitely looks like something a bit different to fill the gap left by my normal dark crime thriller shows which are all on summer hiatus.

And now for the Kids Section, the most-used part of our Netflix account…

E has been very enthusiastic about anything Sesame Street he’s seen, so I’m really happy to see that The Adventures of Elmo in Grouchland is being added to Netflix on 20 July! Can’t go wrong with Elmo – apart from getting his teeth brushing song stuck in your head to the extent that you’re singing it in public, around proper grownups… It’s a serious tune.

Let’s not forget the most exciting one of all. I couldn’t not include this. The powers that be in Netflix have listened to the groans and cries from parents around the world (or at least, Ireland and the UK), heard them repeating the lines from episodes along with the show. They’ve listened, and they’ve understood. And now, they’re giving us a SECOND SEASON OF PAW PATROL. Yes, I’m just that excited to have some more episodes to throw into the mix. Paw Patrol is life in this house, so anything that saves me from that Christmas episode for a bit more time, that’s a good bet in my books. I’m sure the child will be thrilled too. Not that he seems to care when it’s the same episode over and over…

So that should have me sorted out for the next while – definitely until the Olympics hits in August anyway! What have you been bingewatching? Is there something I’m missing out on that I REALLY need to get into? Are you excited for the Gilmore Girls revival? Or is the Paw Patrol series addition making your life infinitely better? Let me know in the comments below!

Keep up with my hectic working mama life onÂ Facebook. 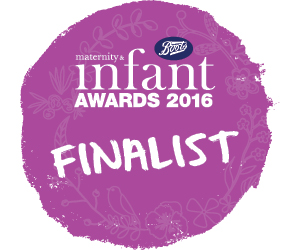 I am one of theÂ finalists in the Boots Maternity and Infant Awards in the â€œBest Parenting Blogâ€. ThankÂ you to everyone who voted in the first round, it really does mean a lot.Â Voting for the finalÂ is open until 28th August and isnâ€™t restricted to just Ireland, so wherever you are, you can take part. Â You can vote by clickingÂ hereÂ or on the Â purple button above and choosing BadMammy.com â€“ thatâ€™s the first option, nice and easy!Â Use the Facebook option and it takes five seconds â€“ thatâ€™s your good deed for the day done!Â If you like the blog, Iâ€™d really appreciate your vote (and sharing with others in your life to do the same always shares the warm fuzzy feelings). Thanks!